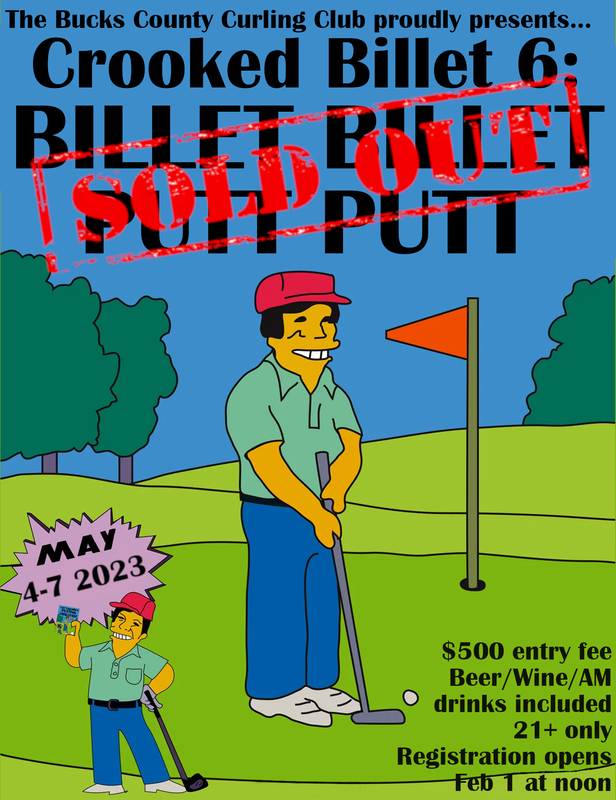 Block-rate reservations for $139 plus tax per night are available at participating hotels. ​
Cut-off date: April 4, 2023. After this date, reservations will be based on availability and prevailing rates.
Questions?
Email Greg: crookedbillet@curlbucks.org

What is the Crooked Billet?

The Crooked Billet was a battle of the Philadelphia campaign of the Revolutionary War fought on May 1, 1778 near the Crooked Billet Tavern, present-day Hatboro, and right down the street from our club.
During this time the British relied heavily upon the overland route between New York City and Philadelphia for the movement of men, supplies and communication. British troops also regularly foraged for supplies in the countryside around the city.

Since December, Washington and the Continental Army were in winter quarters at Valley Forge. John Lacey, commander of the Pennsylvania militia, was ordered to prevent farmers from taking their goods into Philadelphia to sell to the British, and to protect patriots in the region from harassment by British and Loyalist troops.

The British troops arrived at Crooked Billet at daybreak on May 1. Lacey's watch to warn against any type of threat, noticed the British troops, but failed to fire off a warning shot for fear of being killed or captured.  Surprised and outnumbered, the militia were soon routed and forced to retreat into Warminster, losing their supplies and equipment
Almost immediately after the battle, reports surfaced that British and Loyalist troops had committed atrocities, including the murder of prisoners-of-war and setting fire to the American wounded. On May 7, Washington ordered Brigadier General William Maxwell to conduct an inquiry into these allegations so that a report could be made to General Howe.  Andrew Long, a justice of the peace in Bucks County, took the depositions of Colonel Watts and four residents who witnessed the battle. Watts reported "we found the bodies of the dead usid [sic] in a most inhuman & barbarous manner" and that "the most cruel Barbarity that had ever been exercised by any civilised Nation; nay, Savage barbarity in its utmost exertion of cruelty could but equal it."